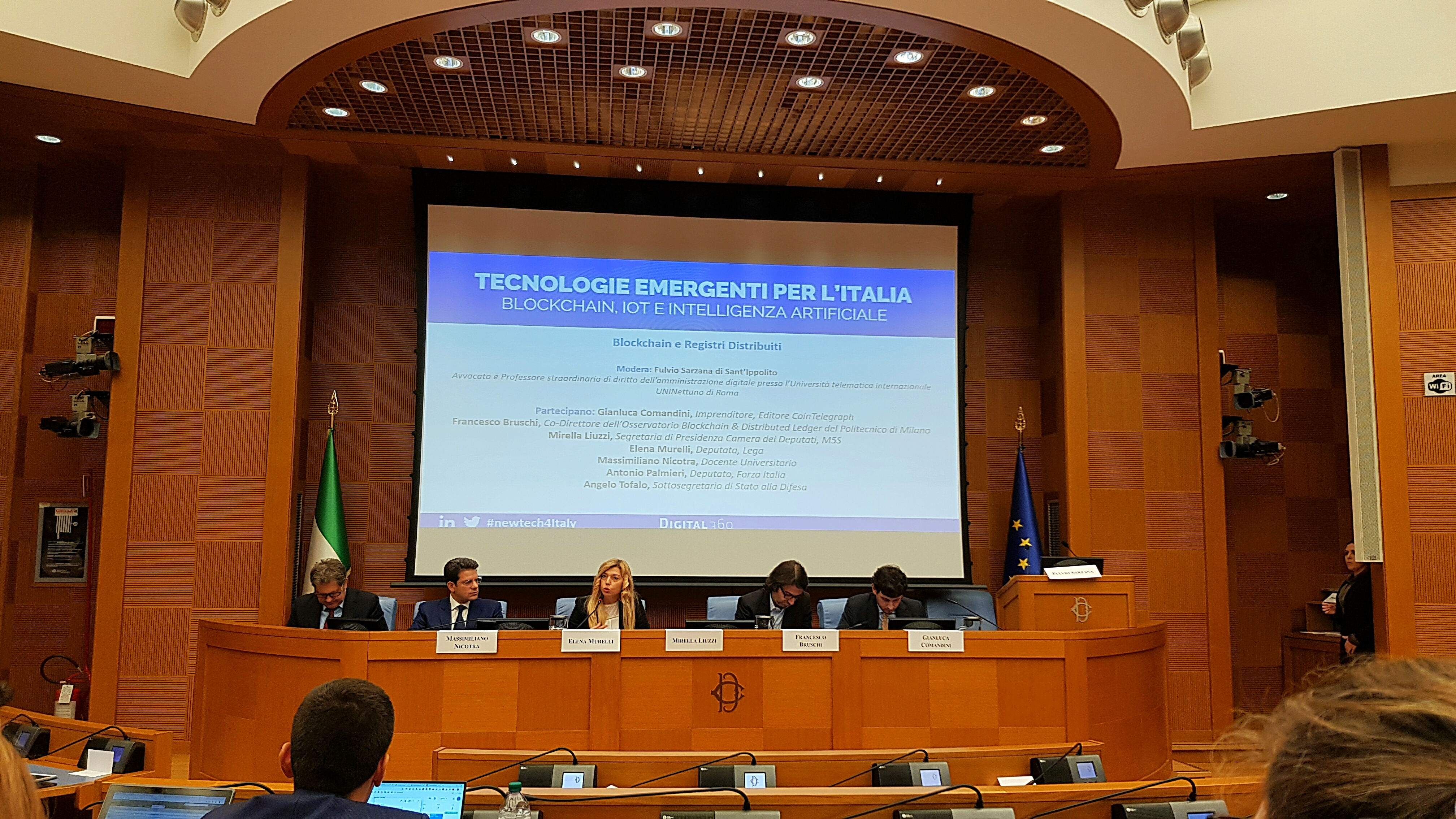 On 2 April 2019, in the New Hall of the Parliamentary Group Building, an event was held in which Blockchain, IOT and Artificial Intelligence were discussed.
The conference referred to a series of measures culminating with the Simplification Law Decree approved in February 2019. With this decree the current legislator decided to accelerate on emerging technologies for the development of the Country System, wanting to recover the gap that currently separates us from many European countries on this front and in particular on that of Blockchain technology.
The issues addressed focused on possible applications and regulatory interventions aimed at encouraging small and medium-sized enterprises to acquire professional figures in the field of BlockChain, artificial intelligence and the evolution of the internet.

The RE121 was present to hear the various interventions. On the sidelines of the event, an informal meeting with Andrea Cioffi, Undersecretary of State at Mise, allowed to exhibit the innovative project that RE121 is developing, through a white paper, using the Blockchain technology.
From this event it is clear that there is still a lot to do in the field of technological innovation and the application of blockchain technology but we are certainly witnessing a reversal of course confirmed by the recognition of the legal value of smart contracts.